“Michigan is widely known as the beer state,” said Bumstead, R-Newaygo. “The industry is filled with entrepreneurs who are contributing to our growing economy. I believe this legislation would provide additional opportunities for breweries to flourish — and when businesses are successful, they expand, create jobs and benefit local communities.”

Bumstead says the need for Senate Bill 711 arose when a business in his district ran into an unexpected situation with the way current state law is written.

At the beginning of 2019, La Colombe, a coffee company with a manufacturing facility in Norton Shores, teamed up with Miller Coors to develop the “La Colombe Hard Cold Brew Coffee.” La Colombe purchased a bulk beer product from out of state and blended the beer with its coffee product in Norton Shores. The final product is then sold to Miller Coors for distribution.

The problem is the state of Michigan does not expressly permit makers to transfer beer from one brewery to another brewery or further process beer that was initially made by another brewery.

“I decided to introduce this legislation to clear up state law and avoid any future confusion,” Bumstead said. “State law simply does not permit these kinds of ventures, and my legislation would create a new limited production license that will specifically allow breweries and other companies to engage in these types of deals and collaborations.”

The Senate committee will continue to consider SB 711 in the coming weeks. 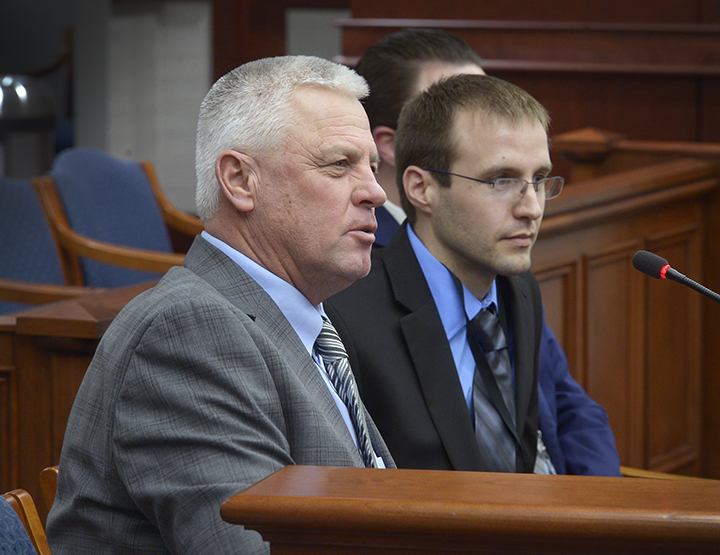 Editor’s note: A print-quality photograph of Bumstead and his guest is available by clicking on the image or by visiting the senator’s website at www.SenatorJonBumstead.com. Click on “Photos” under the “In the News” tab. Video is also available on Bumstead’s website or by clicking here.

Sen. Bumstead comments on 2023 State of the State address